Meet Sam and Ally! (And Other Updates)

If you have played our game, you may remember the bottle thrown by Sam and Ally. But that time they were merely "faceless" names, right? Not anymore! In this patch update (coming within one week), you're going to meet Sam and Ally in the town square! These two background characters will be thrown there among two others to make the town square scene more lively and believable. They won't affect the gameplay and puzzle solving in any way though.

In the attached picture, you will see two versions of the boy and the girl: the sprites on the edges show the very first draft version of the two characters, while the two in the middle show the final, refined version.

Of course, this game update will be available to all our players (including early purchasers).

Additionally, we're now working on the promo videos as part of the preparations for the game Steam release! We haven't fixed a date yet but we're currently shooting for the end of March. 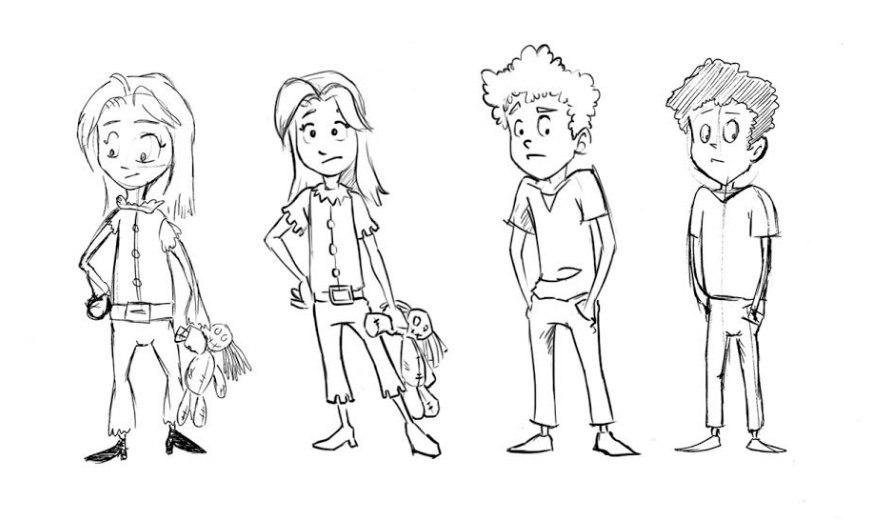